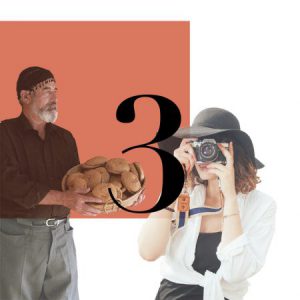 Global City was defined by Saskia Sassen in 1991, as a significant production point of specialized financial and producer services that run the globalized economy. It argued that large, technologically advanced urban areas defined the modern world. But today cities cannot just be efficient places to do business – they also need to be good places to live. Liveability, not profitability, is the new place of discourse.

The Little Global City is the product of global economy expanding and incorporating additional cities into the various scales networks. As the world urbanises and more megacities are created, some smaller, focused urban sites are becoming truly critical global hubs. In this unit, the Little Global City of Chania will be explored, as it is uniquely situated to navigate the global transition to an information-based technology under the influence of the future economic power, such as media, culture and technology.

Focusing on the Old Town of Chania and its Port front we will investigate the impact of global economy and tourism on local life, connecting the scale of micro local life with the dynamics of global scale. We will investigate on how a little city can become a new global hub and thrive not due to size, but as a result of its greater efficiencies. How can the city fabric co-exist with global tourism to develop strategies for regenerating and reconnecting with the local dimension, the little global city?

We will walk the streets of the Old Town paying attention to the existing urban environment, investigate touristic, social and cultural dimensions, and how these are balanced in the urban life produced. Field work and participatory methods will be used to understand the port area. The aim is to explore the impact that mass tourism has in Chania and produce solutions in urban planning that avoid social and economic exclusion.

The unit focuses on understanding the complex layers of this specific city, linking them in unexpected ways and creating new narratives to create awareness, curiosity and the desire to interact with the physical space.

ABOUT            international tourism VS local society and economy

Ana Jara is an architect and scenographer, member of ARTÉRIA studio, where she is responsable for the coordination of social and curatorial projects. She graduated in architecture from Lisbon Technical University in 2000 and in 2003 she finished her MA degree in Scenography at Central Saint Martins College of Art and Design. Since then she has been involved in the practice of both architecture and scenography independently and within several collectives in Portugal, Spain and Holand. Since 2011 she is a founding member of Lisbon based studio ARTÉRIA, whose work focus on developing urban renewal projects within a transdisciplinary framework, working the social, cultural and artistic dimensions of architecture, through the direct involvement of communities in the production of its own intervention programs. During 2014-2015 she was a lecturer at Umeå School of Architecture in Sweden. She is currently a PhD candidate in Urban Studies at the School of Social Sciences/University Institute of Lisbon and Faculty of Social Sciences and Humanities/Nova University in Lisbon.

Carolina Vasilikou (Dr.) is an Architect and Associate Lecturer at the University of Kent teaching urban design and sustainable architecture. She holds an MSc in Façade Design & Engineering from the University of Bath and a PhD in Sustainable Architecture from the University of Kent. Carolina also works as Postdoctoral Research Fellow at Université Catholique de Louvain. She leads projects on sensory research based on primary fieldwork, including an AHRC Engagement Fund in sensory navigation and an EPSRC-funded project on sensory mapping of heritage cities. Her research work focuses on sensory perception and urban comfort of pedestrians in complex urban environments. Carolina is active in people-centred and evidence-based design and research and has participated in several international conferences and workshops. She has given lectures, among others, at the Architectural Association, ENSA Paris-Malaquais and Glasgow School of Arts and is currently a member of the Centre for Architecture and Sustainable Environment at the University of Kent, Architecture et Climat at Université Catholique de Louvain, the EU COST Action People-Friendly Cities in a Data-Rich World Project and the Academy of Urbanism.